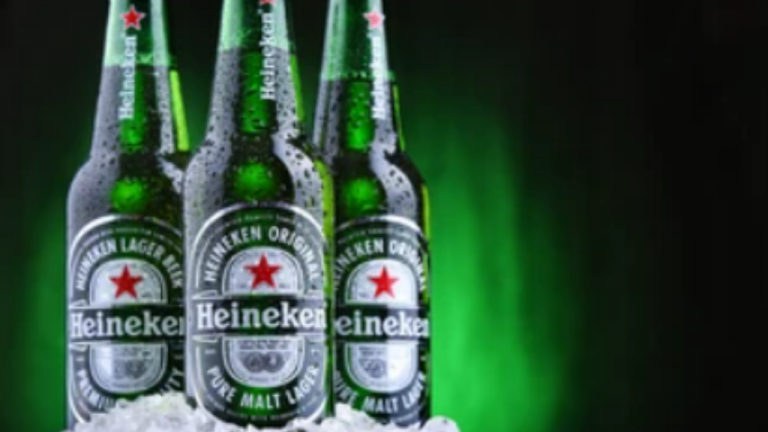 Heineken (OTC:HEINY) shares declined in early trade on Monday as the world’s second-largest brewer warned of substantial inflationary headwinds in the next 18 months, which overshadowed a successful second quarter.

“Although consumer demand has been strong in the first half as a whole, there is a growing danger that accumulating pressure on consumer spending power may impact beer consumption,” Heineken stated as it announced its second quarter profits.

The Dutch-based brewer anticipates “strong inflationary pressures on our cost base” and continued high investment to have a negative impact on its financial results in the second half of this year and in the next year. In particular, it cited record-breaking rates for natural gas, which it utilizes extensively in its industrial operations.

The firm maintained its profit forecast for the current year, stating that it still anticipates a minor rise in operating margins. However, it warned that this may not be the case next year, as it shifted its target to a “mid to high single-digit” percentage increase in operating profit. It had earlier said that its operating margin would continue to improve.

Heineken stock, which had gained over 15% since the first shock of Russia’s invasion of Ukraine, dipped as much as 2% at the outset before recovering to trade down only 0.5% at 3:55 AM ET (7:55 GMT).

As the epidemic subsided, bars, restaurants, and other entertainment establishments were able to reopen, resulting in a dramatic rebound in demand throughout the world.

Earnings per share skyrocketed to 2.30 euros, above estimates of 1.89 euros by more than 20 percent, while net sales increased by a substantial 24.3 percent, with over two-thirds attributable to price hikes. Organic sales volumes increased by 7.6%, while growth for its premium products exceeded 10%.

However, the corporation observed that the profits were, at least in part, enhanced by the euro’s depreciation. Extrapolating from current currency rates, it was anticipated that the weak euro may increase second-half net revenue by 1.5 billion euros and net profit by 140 million euros. The second quarter’s net profit was 1.27 billion euros.