Taser maker Axon Enterprise (NASDAQ:AXON) Inc. halted research on a proposal to equip drones with stun weapons to combat mass shootings. The potential is creating a mass exodus from the company’s AI ethics board, a member told Reuters. 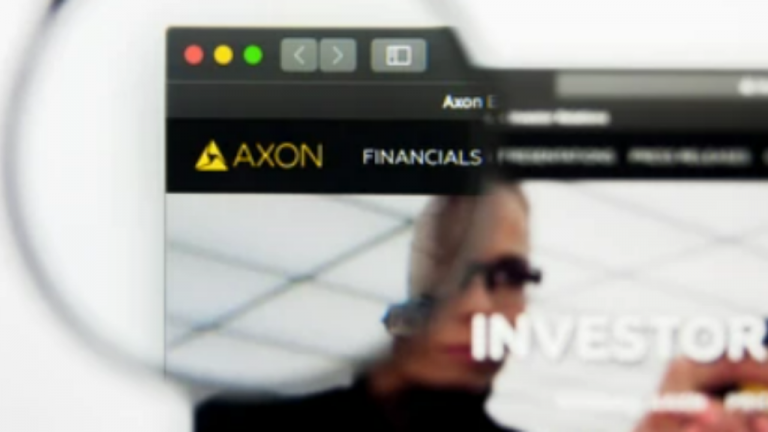 Taser manufacturer Axon Enterprise (NASDAQ:AXON) Inc said on Sunday that it was pausing development on a project to equip drones with stun guns to tackle mass shootings. A member of the company’s AI ethics board told Reuters that the possibility was causing a mass exodus from the panel.

The May 24 school massacre in Uvalde, Texas, which left 19 students and two teachers dead, inspired Axon to declare last week that it was developing a drone that first responders could command remotely to fire a Taser at a target around 40 feet (12 meters) away.

“In light of comments, we are stopping development on this initiative and refocusing to further engage with important constituents to properly examine the best route ahead,” said Chief Executive Rick Smith in a Sunday statement.

Earlier, ethics board member Wael Abd-Almageed announced to Reuters that he and eight colleagues were quitting from the 12-member panel, in a rare public censure by one of the monitoring committees that several firms have established in recent years.

The purpose of these organizations is to collect input on upcoming technology like drones and artificial intelligence (AI) software.

Smith lamented that some members “have decided to withdraw from directly engaging on these topics before we heard their technical concerns or had a chance to answer them.”

Axon, which also offers body-worn cameras and police software, said in February that around 17,000 of the approximately 18,000 law enforcement agencies in the United States are among its customers.

Since at least 2016, the concept of a Taser-equipped police drone has been investigated, and in his graphic book, Smith described how to stop an active shooter.

Abd-Almageed, an engineering research associate professor at the University of Southern California, claimed that the business contacted its ethics board more than a year ago about conducting a restricted police pilot using Taser-equipped drones, but members voted 8 to 4 against it.

Axon revealed on Thursday that it was working on the technology despite the Uvalde shooting, in an effort to spark conversation. The statement caused an almost 6 percent increase in the company’s stock price.

Smith said, “In the aftermath of these incidents, we get mired in pointless arguments” over firearms. “We need novel and superior solutions.”

Abd-Almageed said that members of the ethics board were concerned that the system may be utilized in situations other than shootings, which would deepen racial injustice, damage privacy via monitoring, and grow more dangerous if other weapons were added.

He said, “What we have right now is hazardous and reckless, poorly conceived, and will have bad social implications.”

Mecole Jordan-McBride, director of advocacy at the New York University Law School’s Policing Project, said last week that the board needed further time to evaluate the proposal. It was said that the board had not assessed non-police uses of the drones.

Since its formation in 2018, the group has effectively advised Axon on sensitive technologies such as face recognition. Jordan-McBride and fellow member Ryan Calo, a law professor at the University of Washington, said that the company’s disclosure about drones prior to a formal report by the board violated standard protocol.

Abd-Almageed also said that chairman Barry Friedman was retiring. Friedman, when contacted by phone, said that he would be available for comment on Monday.

CEO Smith recognized the project’s limits and uncertainty, stating that a drone without a Taser may be sufficient to distract a gunman.

Smith said on Friday in response to concerns on the social media platform Reddit that drones may be stationed in corridors and enter rooms via customized vents. According to him, a drone system would cost a school roughly $1,000 yearly.