Toshiba shares rise on news of a possible $19 billion acquisition

Toshiba (OTC:TOSYY) Corp. shares surged on Thursday after a domestic investor-led group considered a $19 billion plan to buy out international activist shareholders after years of strife. 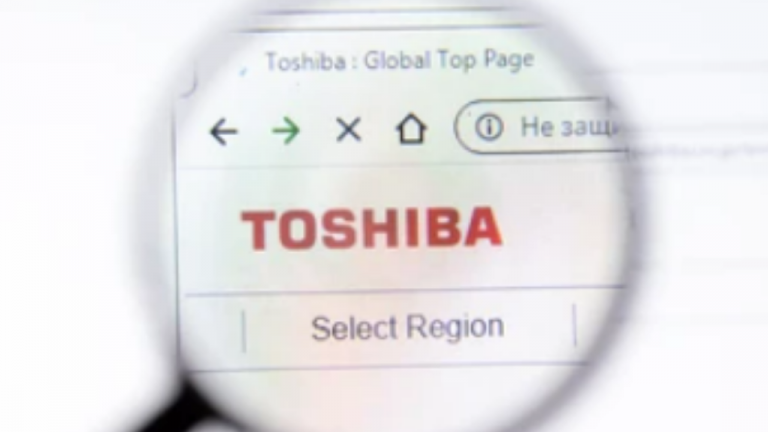 On Thursday, shares of Toshiba (OTC:TOSYY) Corp rose on news that a domestic investor-led group was considering a $19 billion bid – a prospective deal that would likely result in the buyout of international activist shareholders after years of conflict.

In the second phase of bidding, a consortium led by the private equity company Japan Industrial Partners and included Chubu Electric Power Co has been designated as the preferred bidder, according to Kyodo news agency and other media outlets.

Kyodo’s estimate of 2,8 trillion yen is a 26% premium over Wednesday’s closing price.

In afternoon trading, the stock price rose 7%, putting it on course for its largest one-day rise in more than a year. They have increased by about 17% this year.

Toshiba, once a legendary multinational, has been undermined by accounting and corporate governance issues. In recent years, disagreement between management and its many activist shareholders has overshadowed the company’s efforts to turn around.

The consortium will provide approximately 1 trillion yen in equity, with the remainder likely coming from bank loans, Kyodo reported, adding that financing discussions were ongoing and the offer price could alter based on future changes in Toshiba’s stock price.

It was not immediately obvious how many bids Toshiba is actually considering, but Japan Industrial Partners and state-backed Japan Investment Corp are likely still in the lead, according to an analyst from Quiddity Advisors who publishes on the Smartkarma platform.

According to insiders, the two had previously teamed together to bid for Toshiba but have since parted ways. Local media have claimed that Japan Investment Corp has had discussions with private equity company Bain Capital, one of a number of offshore funds that made it through the initial round of bidding.

Toshiba and activist shareholders have been at conflict over the company’s direction, with a number of significant overseas investors pressuring the conglomerate to explore private equity offers.

Tensions reached a climax last year when a shareholder-commissioned investigation concluded that management had conspired with Japan’s trade ministry – which views the company’s nuclear and defense technology as a strategic asset – to prevent foreign investors from gaining sway at its 2020 shareholder meeting.

Lundy stated, “The only way to get rid of the activists is to buy them out.”

ByteDance, the owner of TikTok, raises the price of employee stock buybacks – sources